The UK Independence Party leader Paul Nuttall visited Hartlepool today following his announcement that he would run as the candidate for the Boston and Skegness constituency in the General Election. Britain is to go to the polls on June 8, 2017 after British Prime Minister Theresa May called for a snap general election.

Before his arrival arguments and a brawl broke out on the street outside a pub where UKIP supporters were gathering ahead of the visit and were heckled by a small group of pro-europe supporters. During the confrontation a female supporter from each of the opposing sides ended up brawling on the pavement and were subsequently taken away by police.

Mr Nuttall then did interviews and a short walkabout for media photo opportunities before heading down to the Boston area. 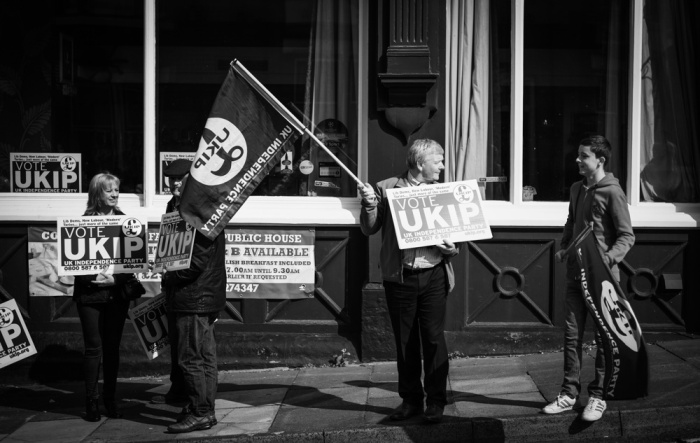 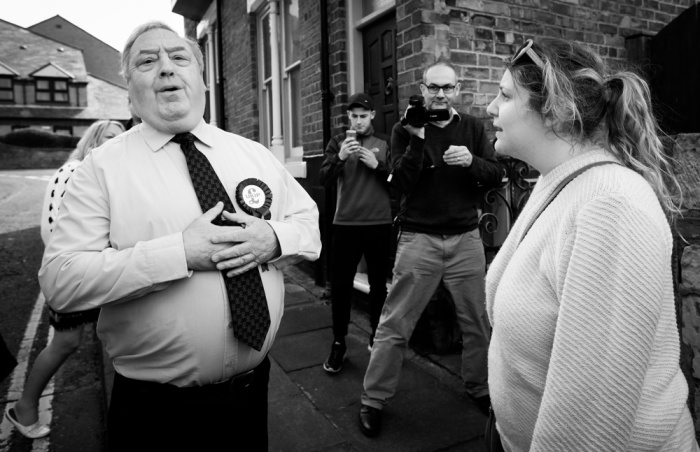 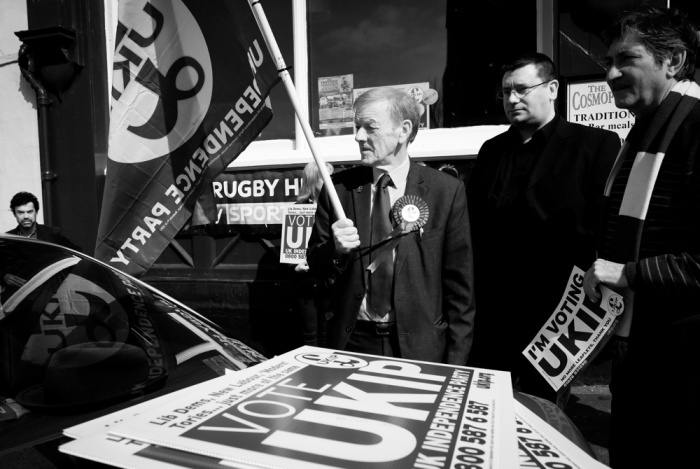 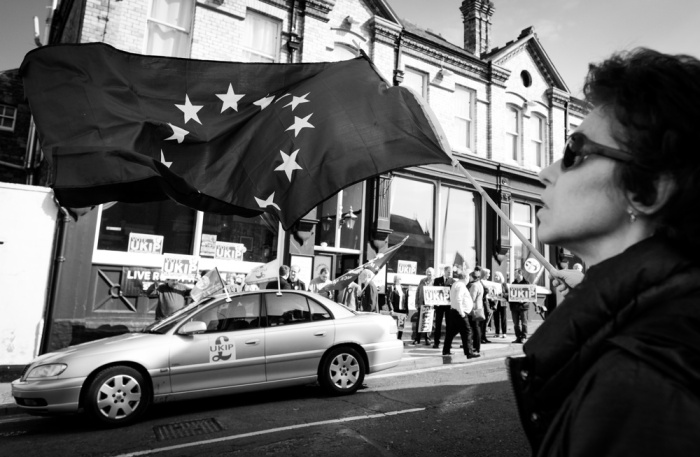 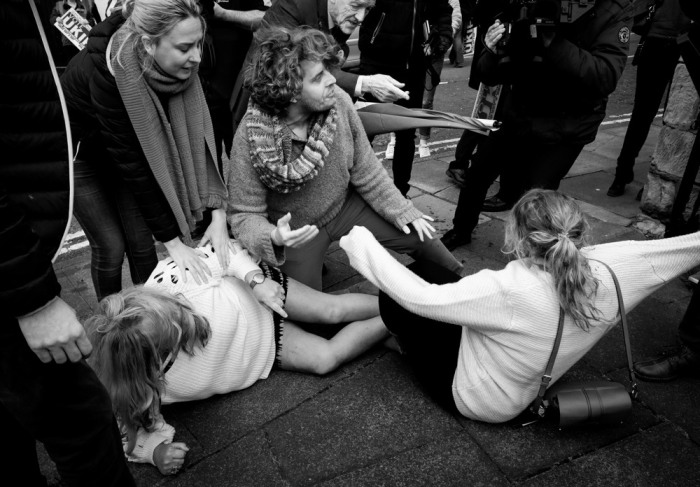 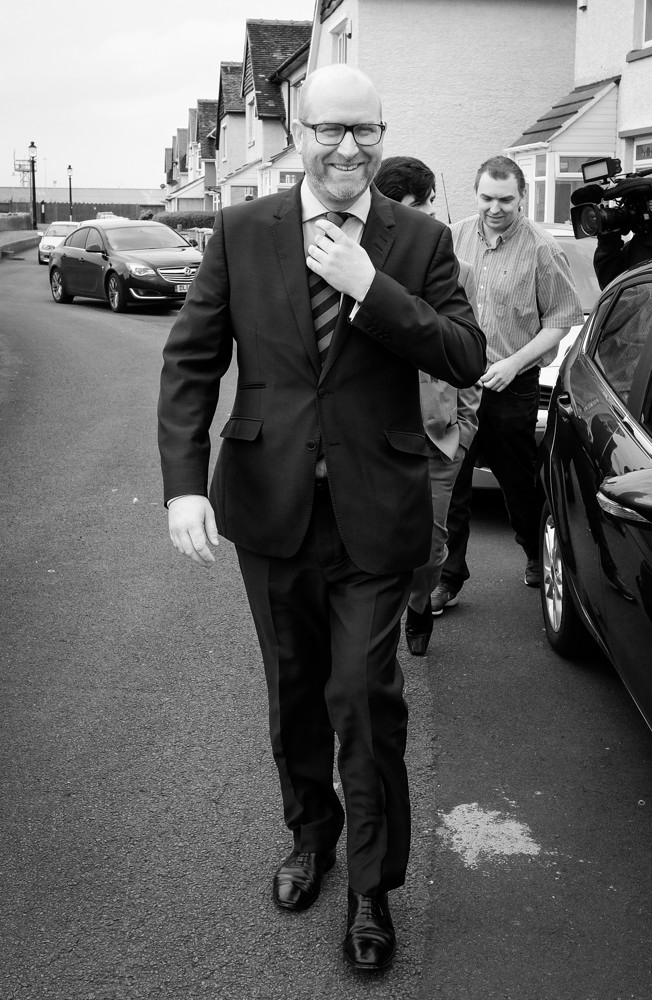 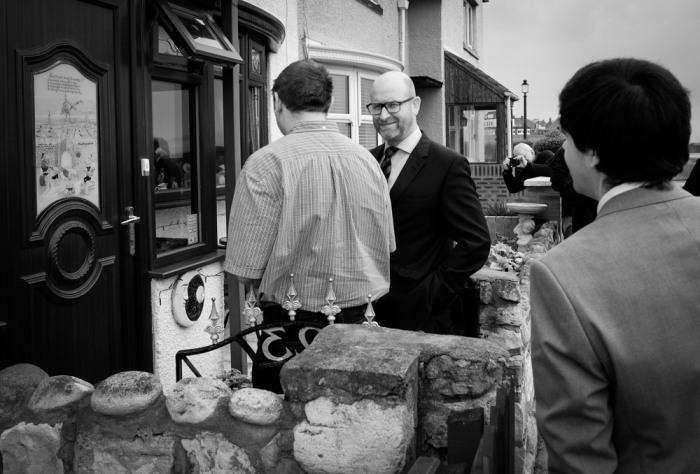 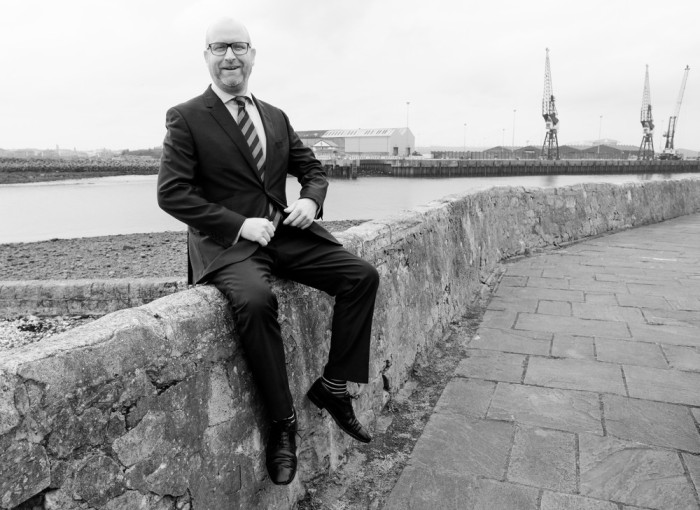 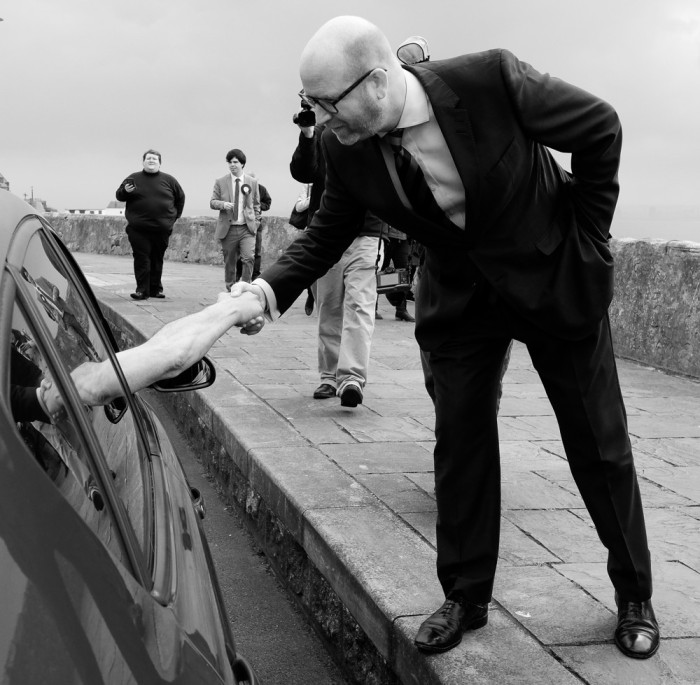 Here’s how some of them were used online and in print: 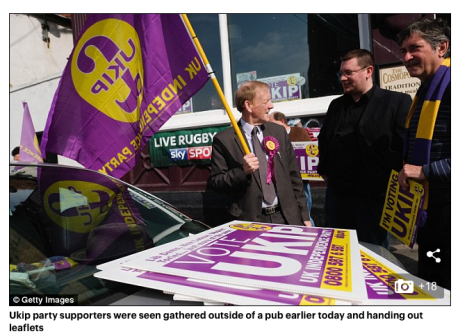 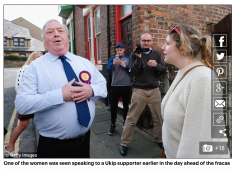 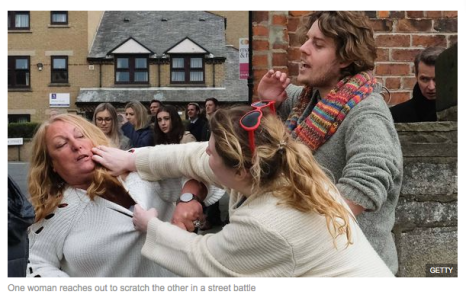 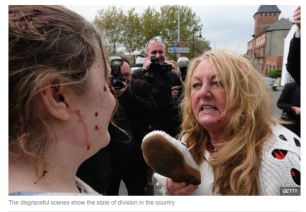 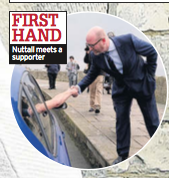 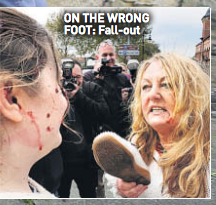 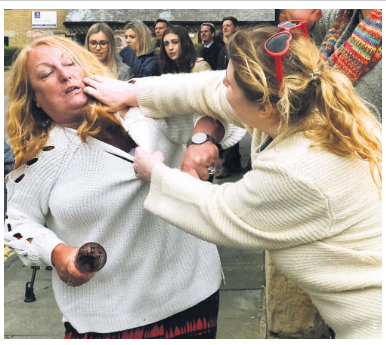 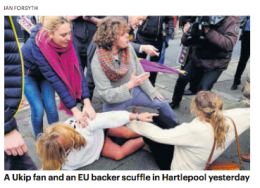 See more pictures in the galleries & blog at Room 2850

Nigel Farage, leader of the UK Independence Party gave a speech to party members and supporters at The Grand Hotel in Hartlepool earlier today. He then visited Respondez a local call centre and had a brief tour of the facility and spoke with employees. The visit to this key marginal seat comes ahead of what is predicted to be one of the most closely fought General Elections in decades on May 7.

On assignment for Getty Images I covered his speech and the visit as I continue with the election coverage here in the north east.

Grassroots – Down the Farm

See more of my work on my website and blogs via the link…. HERE

I was on assignment yesterday for Getty Images covering the UK Independence Party North east conference held at the Borough Hall in Hartlepool. The event brought together members of the party to listen to a series of speakers from the party leadership including their party leader Nigel Farage, the Deputy Leader Paul Nuttall and the MEP for the north east region Jonathan Arnott.

The aim of the conference was to discuss a number of issues relating to the party and to help motivate delegates and UKIP members on the build up to the elections in May.

As with any political event like this it’s always a hectic day trying to get the pictures of the personalities and trying to catch some expressions and a bit of emotion – hopefully with eyeline to the camera – along with some pictures to show a bit of the background ‘colour’ as well as getting pictures of those delegates attending the event. Mixed in with all this you have to find the time to edit, caption and file pictures back to the desk several times through the day. But despite the chaotic nature of it all they’re still quite good fun to cover and in time you can learn to tune out to a degree much of what the various speakers might be going on about which sometimes helps!

Here’s just a small selection of pictures from the day…

See more of my work on my website and blogs via the link….. HERE

Memorial events have been held today in Hartlepool, Whitby and Scarborough to commemorate a naval bombardment of the towns 100 hundred years ago, by German warships during World War One.

Of the three towns Hartlepool was the most affected by the shelling with over 1,100 shells falling on the community during a frantic forty minute period that saw men, women, children and military personnel killed. Dozens of buildings were destroyed or damaged and many of those hit are still scarred by pieces of shrapnel embedded in the walls. The Headland area of the town which was home to the Heugh gun battery, suffered some of the worst damage with Moor Terrace, Victoria Place and Cliff Terrace being particularly badly hit.

The Headland’s Heugh Gun Battery returned fire in what was the only battle to be fought on British soil during World War One, and one of the Battery’s soldiers, Theo Jones of the Durham Light Infantry, became the first British soldier to be killed by enemy action on home soil since the Battle of Culloden in 1746.

Veterans stand at sunrise during the morning service

those who were killed in that house 100 years ago

Veterans stand during the service in Hartlepool

A woman looks on during the service

memory of the 130 people who were killed during the bombardment

A standard bearer from the Royal British Legion