Sam Fender performs at the Virgin Money Unity Arena on August 13, 2020 in Newcastle upon Tyne, England in what is the first performance at a socially distanced music venue.

As coronavirus lockdown restrictions are eased in many areas, the theatre and the arts sectors begin to re-start their businesses.

First Love is a short story by Samuel Beckett, written in 1946 and first published in its original French version in 1970 and, in Beckett’s English translation, in 1973.

The Park Bench Theatre season is being presented by Engine House Theatre.

The Laing Art Gallery re-opens to the public on August 10, 2020 in Newcastle upon Tyne, England.

As Coronavirus pandemic lockdown closures are eased galleries begin to re-open around the country as they try and re-start their businesses.

The Laing Art Gallery opened in 1901 after funds to build the gallery were provided by Alexander Laing, a Newcastle businessman who had made his money from his wine and spirit shop and beer bottling business.

The gallery today is home to an internationally important collection of art, focusing on British oil paintings, watercolours, ceramics, silver and glassware.

Sometimes a simple piece of equipment can lend itself to making a different shot from an unusual angle. In this Behind the Shot I’ll be looking at a simple but effective technique I used for this shot from a drive-in movie tour I covered that stopped off at a long-stay car park at Newcastle airport.

I wanted to get a wide picture of the cars all parked watching the large screen which was showing Jaws. With no high ground or chairs to use I thought about getting my step ladder which I always carry in the car but I was parked in a different area to where I was working so I opted to use my monopod.

The one I use is a great piece of kit. It’s the Velbon Ultra Stick Super 8.

A lightweight and compact 6-section monopod that collapses to 31.4cm and extends to 155cm. It sells for around £40-50 quid and can be picked up easily if you google it.

It’s a great piece of kit because it’s also really small and fits in the pocket/pouch quite easily so can be carried around without any issues.

I got it origionally to use with my Fuji kit that I used to have because that camera system is really light and didn’t strain this small monopod.

The Sony’s are heavier and I can certainly feel a little more ‘flex’ when the camera is attached and I hold it above my head for this kind of shot. But it still seems to be stable and safe enough to support the Sony A9ii and a 24mm without any issues.

The technique I use with this shot is simple enough. I attached the monopod (unextended) to the camera. I engage the self-timer function set to 10 seconds. I set the exposure I want based on the scene. I then pre-focus on a specific area, generally using an aperture of f5.6 or f8 and then I flick the lens to manual focus so the camera doesn’t try and re-focus on something else in the scene once I raise it up. I tilt out the rear screen before extending the monopod. Then I press the button and lift it up above me keeping an eye on the rear screen for composition.

This rear screen view from this distance doesn’t offer a great view and in bright sunlight it’s almost redundant but even if I get a general idea of what I’m after it’s better than nothing.

Then it’s simply a case of holding it still and keeping an eye on the screen to tweak composition until the timer runs down. Once I hear the click I lower it, have a chimp and see if it has worked as I wanted. If I need to do another shot then I’m all set so just press the button and lift it up and repeat.

All fairly simple stuff and hardly tasking but it’s quick and easy and more importantly quite effective. So when I have to file a varied set of pictures that depict an event then this is another shot that you can add to the set that gives an unusual viewpoint which is never a bad thing

You can also adapt this technique to other shots as well to give unusual viewpoints and it does work well for direct over head shots in the right situation.

Clearly it also works well in its standard use as a monopod and I’ve used it on my 100-400 f4-5.6 G Master lens and it supports it well. It can also be utilised as support for shooting video. While it can’t replace a decent tripod for stable shots at a push it works.

So there it is. A simple and effective way of adding another shot to the set that offers a different viewpoint from normal.

This time I’ve brought together a collection of pictures that I’ve shot when I walk my dog in the morning. The area I take her to is an area of woodland that meanders from the back of my house down to the beach.

Somedays I am able to get several pictures whereas other days I walk back with nothing. But when the early morning sunlight stretches it’s thin fingers down through the tree canopy to the woodland floor and the light dances through the branches it is an amazing place to walk through and photograph… 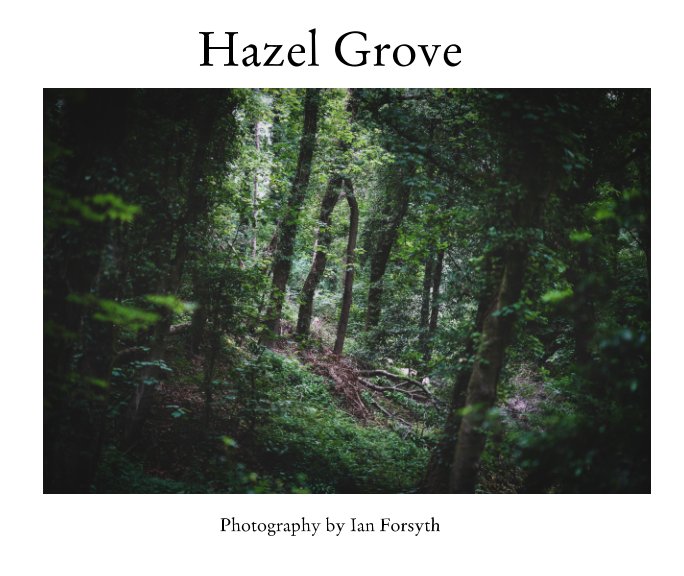 You can see more of my self-published work on Blurb here and if you haven’t tried self-publishing before then I strongly recommend giving it a go.

It’s a great experience and as any photographer will tell you there is something really appealing about holding a print, zine or book of pictures.

An experience that lets the viewer linger over the pictures and take them in instead of scrolling or clicking through them as we all do when viewing online.

Cars park up to watch a showing of Jaws during a drive-in cinema experience at Newcastle Airport on August 05, 2020 in Newcastle upon Tyne, England.

The venue at Newcastle airport is one of 12 venues around the country that will host the drive-in cinema tour offering 80’s classics and 2010’s blockbuster movies.

Entertainment is provided ahead of each screening with stand-up comedy, bingo and ‘careoke’.

Due to coronavirus restrictions cars are parked 2-metres apart during the screenings and other safety measures have been put in place.

Food can be ordered by those attending using a special app and which is then delivered to the cars by staff.

A number of tickets at each of the screenings will also be offered for free to NHS and care workers who wish to attend.

Living on the coast offers much. One of the main attractions for me is the weather. It can go from bright and sunny one minute to dark, brooding storm clouds the next.

Today was one such day. The south westerly winds blew at pace across the sky bringing with it thunder clouds and intermittent heavy rain.

No sooner had I returned to my home from shooting one storm front I glanced out of a window only to see dark storm clouds approaching again. A few minutes of driving brought me back to the top prom again and I was on to shooting the next.

The result was a decent set of weather pictures that I think showed how dramatic and foreboding the sky and clouds looked at times.

Members of staff at Beamish Museum make final preparations today as it prepares to re-open to the public.

The Museum will re-open to the public on July 23 following the reduction of Coronavirus restrictions. Visitors must pre-book a time slot to visit the museum and a range of social distancing and protective measures have been put in place ahead of re-opening.

Beamish Museum is an open-air museum located near the town of Stanley, in County Durham. The museum’s aim is to preserve an example of everyday life in urban and rural North East England at the climax of industrialisation in the early 20th century.

Hundreds of well wishers lined the streets of Ashington in Northumberland today to pay their respects as the funeral cortege for Jack Charlton passes through his childhood home town.

Affectionately known as ‘Big Jack’, he was part of the World Cup winning team in 1966 and played as a defender for England. He spent his 21-year playing career at Leeds United making 773 appearances before retiring as a player in 1973. He went on to become the manager of Middlesbrough, Sheffield Wednesday, Newcastle United and the Republic of Ireland.

Jack Charlton died on July 10 aged 85. He had been diagnosed with lymphoma and dementia. His funeral was held at the West Road Crematorium in Newcastle attended by close family.