Early Monday morning I was driving up to the main military base in Otterburn in Northumberland to join up with a convoy of vehicles that were heading out at 6.00am into the depths of the military ranges.

Once they arrived at their destination they were going to launch a rocket.

The group were led by Steve Bennett, the managing director of Starchaser.

Starchaser Industries are a privately held, high technology group of companies that specialise in the development, operation and commercialisation of space related products and services.

After a meandering drive among the numerous forest blocks that loomed out of the darkness and across the range roads and as the early morning light slowly revealed the beauty of the surrounding countryside the culmination of months of tests, checks and engineering work was approaching the point of no return.

We moved past the fluttering red range flags and pulled into the launch site so that final preparations could be made ahead of the launch of the Skybolt 2 Research Rocket.

The launch was to take place in a training base known as a ‘FOB’ (Forward Operation Base) that sits tucked into the range area of the Otterburn moorland. Used as a mock up location of similar bases used in Iraq and Afghanistan it aids the training of military personnel on aspects of life within these locations prior to deployment and the site offered a perfect location for the launch.

The Skybolt 2 rocket stands at over 8 meters tall. The reusable, British made rocket is the biggest ever to be launched in the country and it’s hoped it will pave the way for manned tests of Starchaser’s planned Space Tourism rocket.

This test flight was in collaboration with the Science and Engineering Faculty of the University of Chester and its aim was to test vital electronic systems and the bespoke parachute recovery system.

The planned height for this test was 4,000ft at which point the three sections would jettison apart before parachute systems deployed allowing the sections of the rocket to return to earth so they could be used again.

They worked on two out of the three parts of the rocket and the nose cone and centre section floated steadily to earth with only one failing to operate when the lines failed and the tail section of the rocket came down hard in the heather a few hundred meters from the FOB perimeter. 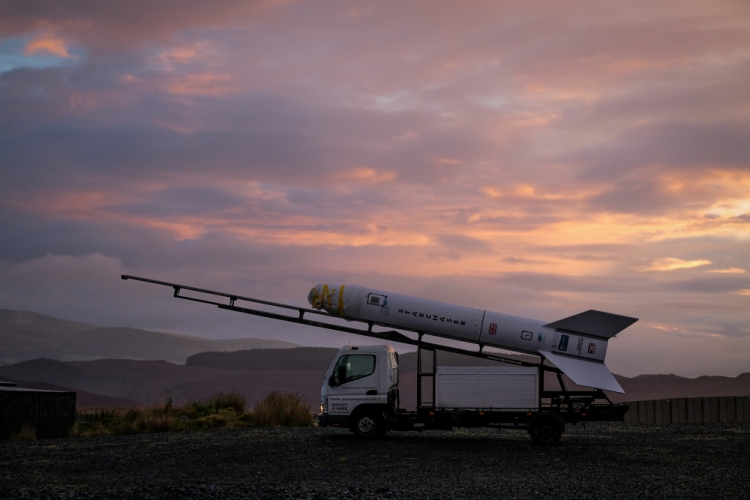 The successful launch provided information and data that will assist with future rocket developments.

The rocket will now tour around schools as part of an educational outreach programme. Steve is aiming high with his next project, the Nova 2. This is a 12-metre rocket big enough to carry a person and is intended to launch within the next 18-24 months.

Now when I think of rockets, rocket launching and general space related subjects I think of clinical and almost surgical procedures. Of dials and gauges and measurements and highly controlled environments. Of serious and efficient NASA engineers cutting about with important ‘stuff’ to get done.

What was interesting to see, in this very British rocket launch however was the relaxed approach, though no less dedicated I’m sure by the army of enthusiastic and committed volunteers.

Each of them chipping in to help. To get the job done. Whether it was making the brews – and when one of the first things to be unloaded from the support vehicle carrying the rocket is a tea-urn you know they know the score!

To the work that needed to be done ahead of the launch each of them was passionate and committed to the job – to launch this rocket – so if you need to wrap the delicate nose cone section of the rocket in an old sheet for protection then that’s what needs to be done. It’s a practical and common-sense approach. 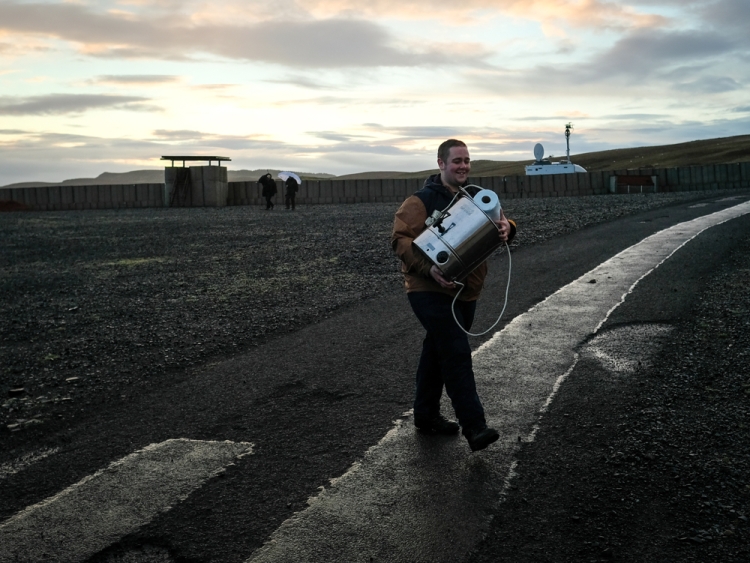 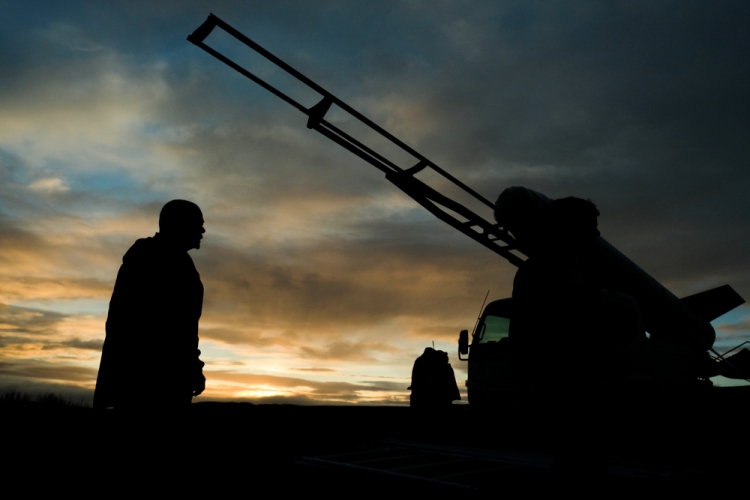 Overseeing all this work and taking on numerous roles himself was Steve. Whether it was using kitchen roll to clean the rocket down or testing the launch triggering mechanism he was on it and all while finding time to juggle TV interviews.

Passionate about space flight since a young child he is the driving force behind Starchaser and their desire to dip into the potential of a tourism based space program.

Whilst some may think of all this as folly or might question the serious nature of it all there is no doubt that the passion is there driving him forward and after previous attempts, some with success and also some with their knock backs I’d like to think of him more as a pioneer.

Of someone who has a dream and is going for it. Taking those first tentative steps, that first 4,000 feet and boldly going towards a future of space exploration. Maybe he has the right stuff and he’ll get there eventually or what he helps develop might lead or inspire others to pick up the baton? Only time will tell.

But whatever happens the romantic explorer hidden deep inside us all must surely wish him and his team success. 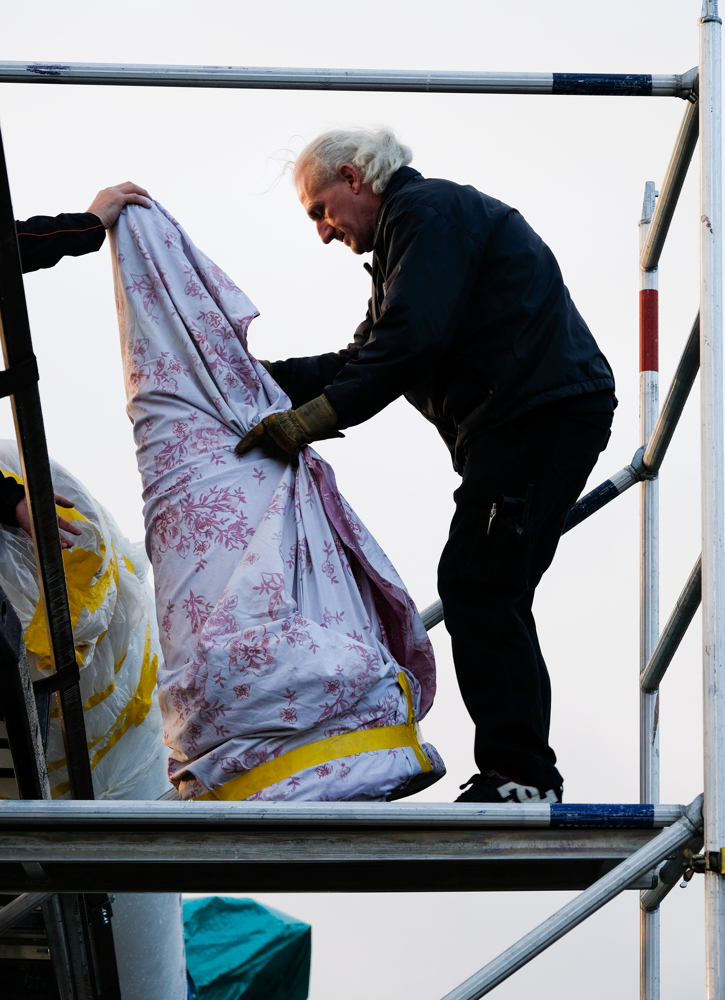 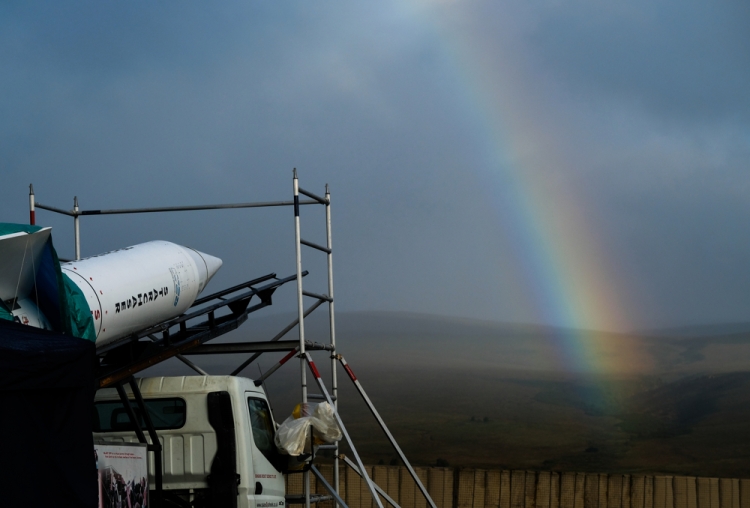 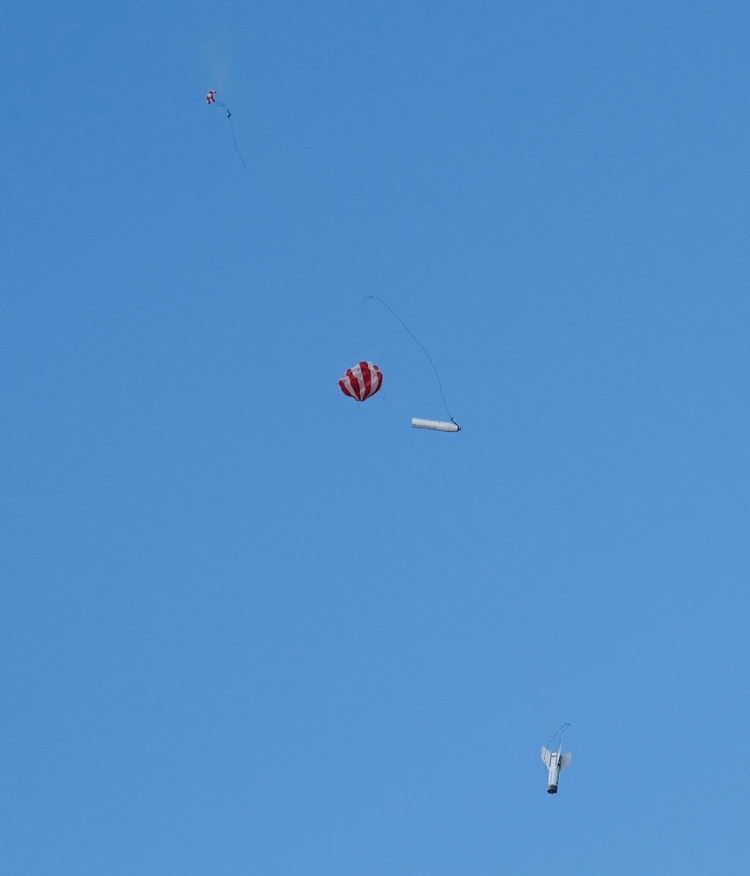