As a photographer and as a former soldier I have seen my fair share of grief and suffering around the world.

And with all of these events that bring this grief to those either directly involved or to those on the periphery all are affected to some degree or another. During my career I have witnessed first hand the suffering of families torn apart by ethnic cleansing in Bosnia. I’ve seen the hatred in the eyes of those that I patrolled past on the streets of towns in South Armagh in Northern Ireland. I’ve seen Kosovar families huddled together, sheltering from rain under plastic sheeting waiting for food aid and hope to arrive from an indifferent West as the political chess game took place around them.

I have seen the effects of artillery fire missions. Fire missions that I called in and watched land amongst Iraqi soldiers and insurgents fighting against us in the abandoned compounds and dirty streets of Basrah in Iraq. I know what happens to a car, and its occupants, when it is driven towards us at speed and is met with a hail of bullets to bring it to a shuddering, bloody halt. I have felt the fear, the adrenalin and the ‘buzz’ of being in a firefight with an enemy – and the relief when you realise you’ve come through it unscathed and made a good account of yourself in that situation!

I’ve also looked into the eyes of those who have lost their sons or daughters in some shitty part of Iraq or Afghanistan. In places that nobody, but them, will ever remember and seen their grief.

But I’ve also seen the tears of happiness running down the cheeks of an old man as he held his grandson aloft, full of joy after we had cleared Serb soldiers from his village allowing him to return in safety. I remember the hundreds of flowers thrown onto my armoured vehicle and covering completely the dust and the camouflage by people from Podujevo in north eastern Kosovo as we drove into their village. I remember the glance and the simple nod of appreciation from a woman in a hardline Catholic area as I helped lift her pram up a steep curb as I patrolled past her. I can remember the Iraqi man who shook our hands as we passed his home and offered us a glass of Lemonade. I can remember many things.

The events and experiences we have during our lives make us who we are and shape us into the people we become. As a photographer I have witnessed some of these events. Whether great moments on the world stage or small and seemingly insignificant events that touch only those directly involved all should be documented. And though at times this may be difficult due to the nature of some of these events and whilst they may have a direct impact on us individually it is still important to make a visual record of them. It makes it real. It shows people that they happened. It makes people care. Because if we don’t care……..who will?

Last week my daughter was born very prematurely and sadly only lived for a few brief minutes before she died. Lying peacefully in the arms of my partner, Sara, as I stood and held them both as her heart slowly stopped. The following day we spent some time with her. We said our goodbyes. We hugged. We had a cry. It was a brief relationship, far too brief of course, but it is one that will be with us forever.

These were the hardest pictures I have taken. Yet they are the ones that bring me most comfort and as I looked through the small glass window of my Leica, adjusting my exposure and fine tuning the focus the normal ‘barrier’ that the camera can sometimes provide had gone. It was raw. It was emotion. It was real.

It is a record of her existence.

We called her Rose. 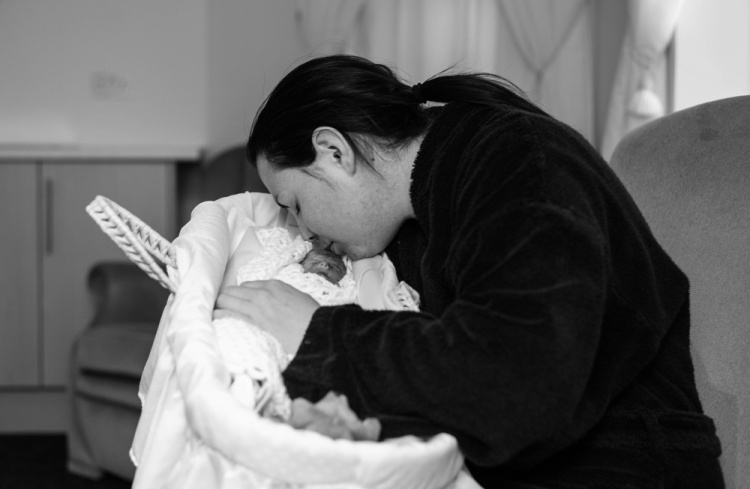 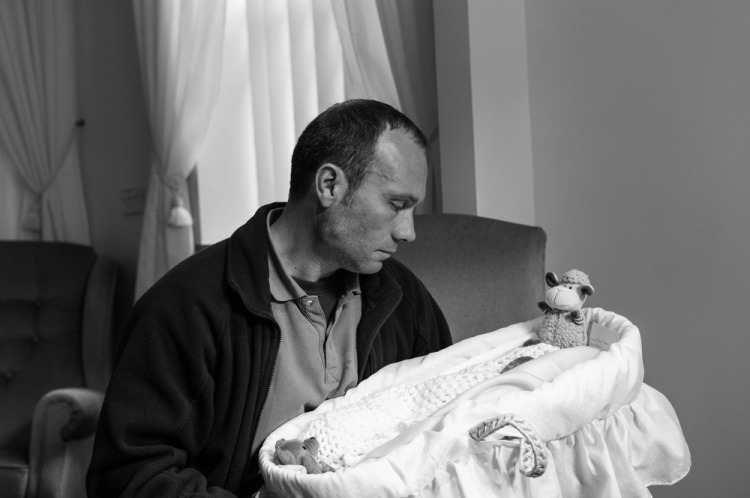 11 thoughts on “A Record of Her Existence”